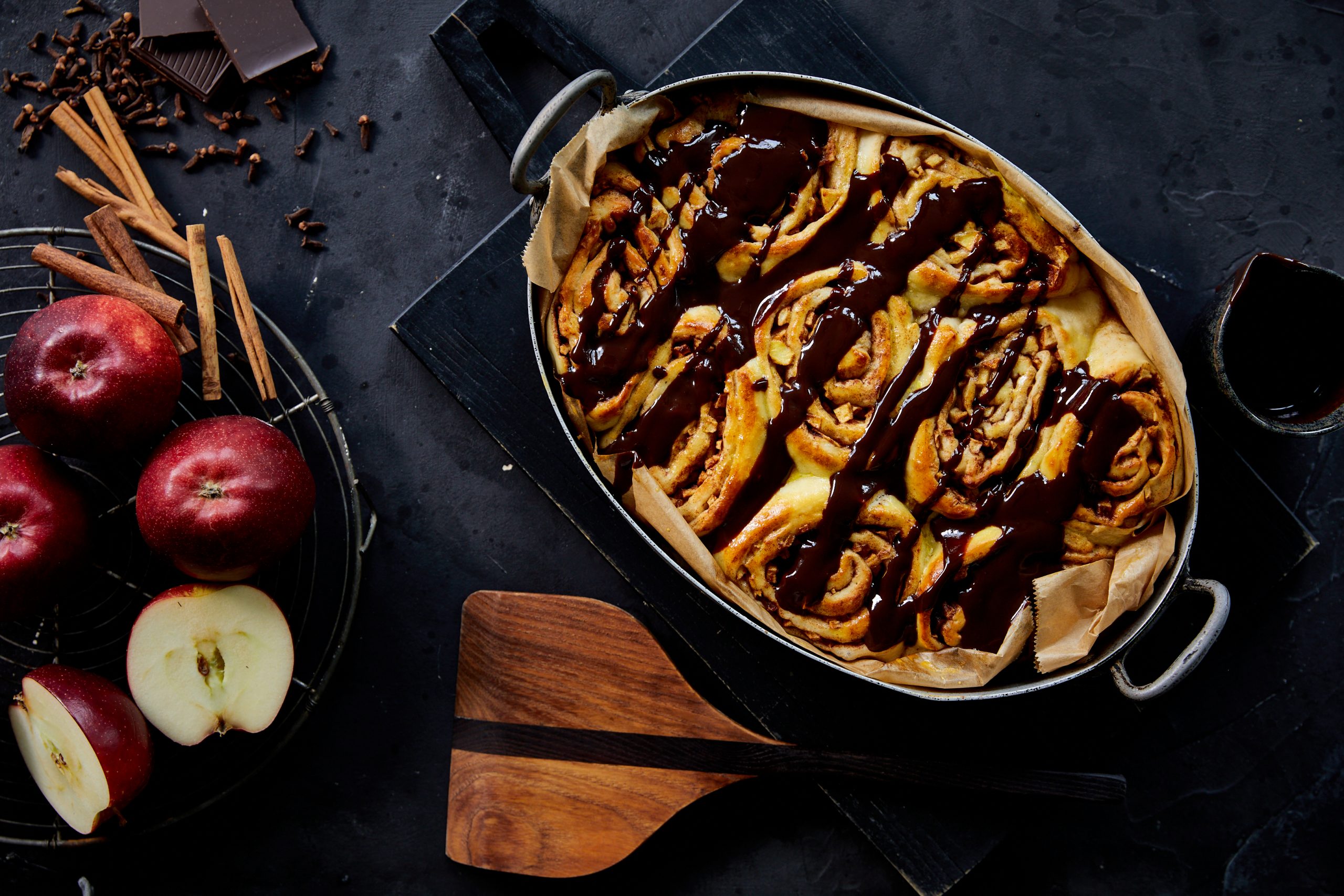 These beautiful cinnamon scrolls drizzled with dark chocolate topping are the perfect afternoon tea treat and will pair delightfully with your favourite cup of tea.

2 Bramley or other cooking apples

Start with the rolls. Add the flour and sugar to a large bowl. Add the salt to one side of the bowl and add the yeast to the other side (yeast doesn’t like direct contact with salt). Set aside.

Pour the milk into a jug and add the butter to the jug, heat in the microwave until the butter has melted and the liquid is very warm, but not boiling (around 60-90 seconds).

Add the milk to the flour mixture, then give it a stir with a wooden spoon and add in the egg. Give it all a good mix with your hands and then tip out onto a lightly floured surface and knead for about 5 minutes.

It will be sticky, but try not to add more flour as it will make the buns tough. Alternatively, you could knead using an electric mixer with a dough hook (mixing for 5 minutes). Gather the dough into a ball and place in a bowl that’s been lightly greased with olive or vegetable oil. Cover with cling film and leave to rest for 10 minutes.

Now make the filling. Peel the apples and finely chop, then place in a bowl and stir in the lemon juice (to prevent the apples from browning). In a separate bowl, mix together the sugar, cinnamon, allspice, cloves and ginger.

Grease a rectangular large (35cmx23cm) baking dish with butter or oil. Roll out the dough on a lightly floured surface into a 30cmx45cm rectangle. Spread the soft butter all over the dough – right up to the edges. Sprinkle on the spiced sugar, to cover the butter. Spoon on the apples in an even layer, right up to the edges too. 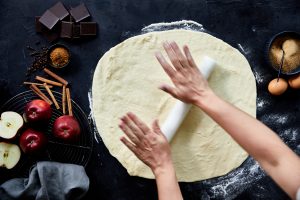 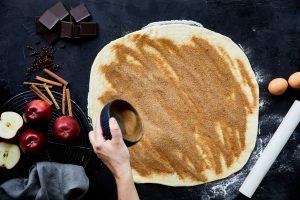 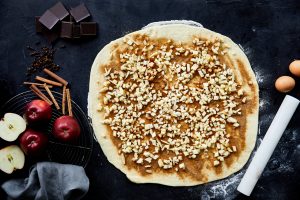 Roll the dough into a 45cm long roll. Use a length of cotton or a very sharp knife to cut the ends off the roll, then cut the roll into 12 even slices and arrange in the baking dish (3 by 4). Place in the oven and use the bread proving function to prove the rolls for 30 minutes. They should almost double in size during this time. 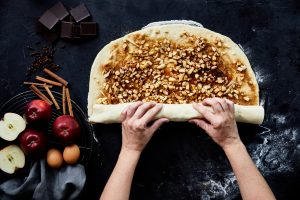 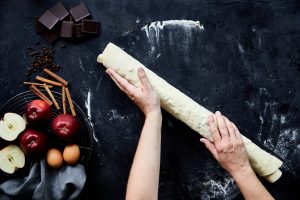 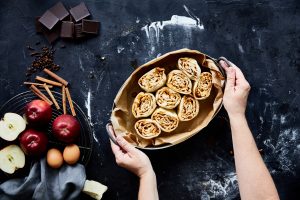 Once proved, remove from the oven and preheat the oven to CircoTherm® 175°C with power boost. When the oven is at temperature, place the rolls in the oven and turn on low steam. Cook for 10 minutes, then turn off the steam and reduce the temperature to 170°C. Cook for a further 10-15 minutes until browned. Once the buns are cooked, leave to cool for 15 minutes – during which time you can make the topping.

Place the chocolate in a pan with the butter and heat at induction setting 2, stirring often, until the chocolate has melted. Stir the icing sugar into the mixture using a hand whisk, then stir in the boiling water, a little drizzle at a time, stirring with the whisk, until you get to the consistency of custard. Drizzle the chocolate sauce over the apple cinnamon rolls and serve.

You can cover in foil for the last 5-10 minutes of cooking if the rolls are browning too quickly. 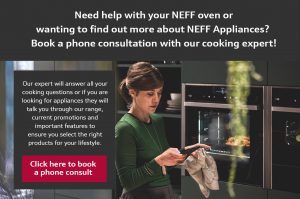 Want to know which NEFF appliances are best for your kitchen? We would like to offer you help from the comfort of your home.

Book a phone consultation with a NEFF cooking expert.