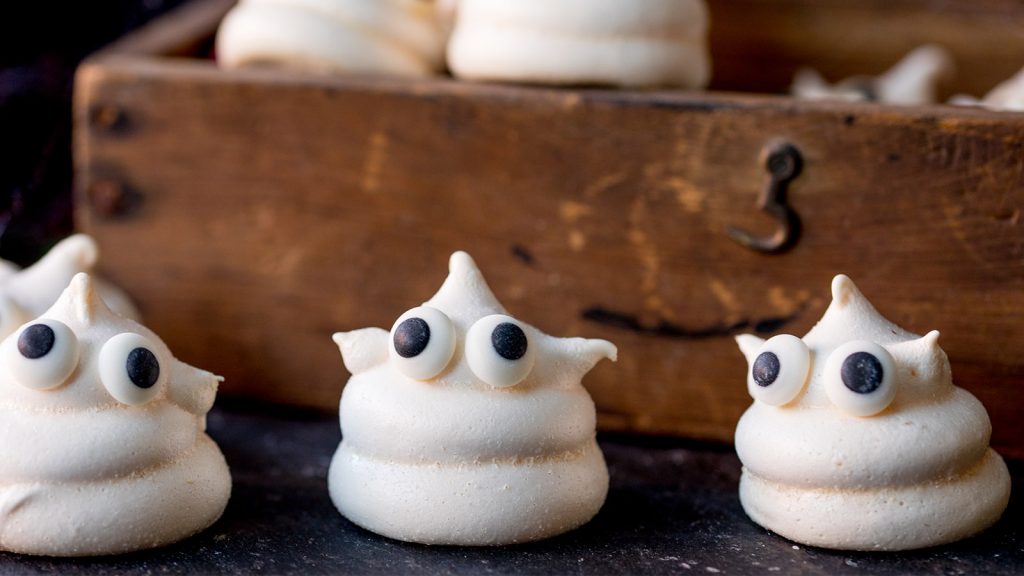 Place the egg whites in the bowl of a food mixer with a whisk attachment. Whisk until stiff.

With the whisk still running, slowly pour in the sugar, then add in the vanilla extract. Continue to whisk until very stiff and shiny (about 3 minutes).

Take another piping bag with a small, smooth nozzle (or if you’re using disposable piping bags, cut the very tip off – no need for a nozzle). Spoon two heaped tbsps of the meringue mixture into that piping bag.

Use the piping bag with the small tip to pipe little ghost arms. Repeat until all of the mixture is used.

Using tweezers, stick two eyes to each ghost (** Tip – If your candy eyes are not suitable for baking, you can stick these on later, when the ghosts are out of the oven and cooled. Use a mixture of three tbsps of icing sugar and a couple of drops of water, stirred into a thick paste to stick the eyes on).

Place in the oven and cook for 1 hour.

Remove from the oven and cool on a wire rack before serving.