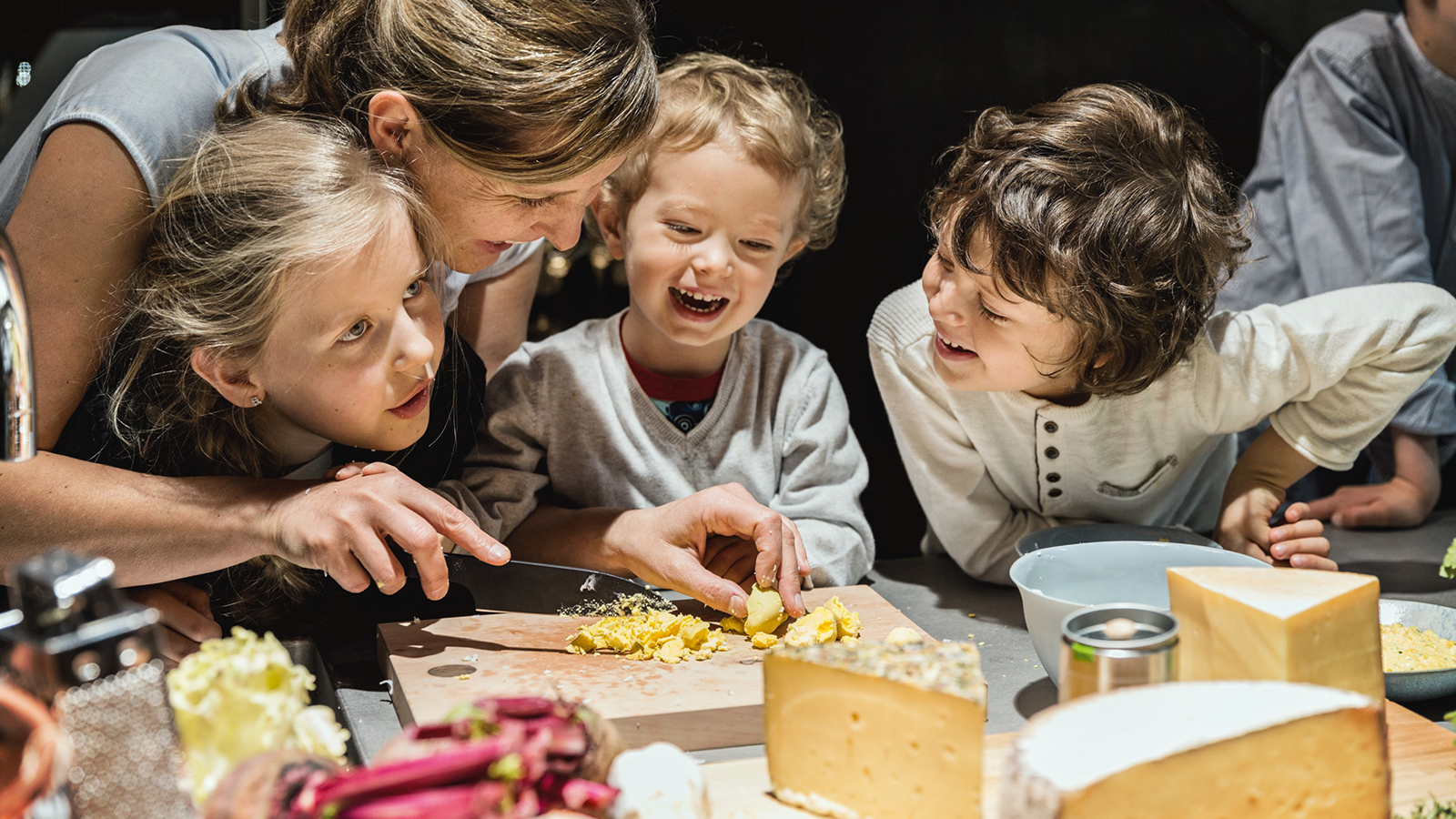 In the words of author, George R.R. Martin, “give me a good sharp knife and a good sharp cheese and I’m a happy man.”

But is his cheesy happiness a delusion? Scientists all over the world have been hard at work to answer this question (and many more) for decades, and we finally have some hard-won cheese facts to back up our gouda obsessions.

Can cheese make you happy?

In a nutshell, yes! Surprisingly, recent research has found that our brains react to cheese by releasing a feeling of euphoria. A chemical compound found in dairy called casein is responsible for this phenomenon, and is a powerful pain reliever. Upon consumption, it triggers the feeling that you’ve been rewarded, boosting happiness hormones and sending you right back to the cheese board.

In fact, it’s also worth noting that while one’s happiness increases with each dose of dairy, casein also houses a slightly addictive quality. Which is why reaching for that next spoonful of Twice Baked Cheese Soufflé feels, quite literally, irresistible.

Although we aren’t entirely sure how scientists thought to test this, we are very grateful that the results are in: cheese strengthens your teeth. And it isn’t just owing to the high levels of calcium found in all dairy products… A strain of bacteria found in cheese called lactobacillus rhamnosus potentially counters the development of cavities. So, whilst that bacterium is hard to spell, it is certainly an incentive to stop by the cheese aisle.

In Europe, one particular science experiment on the long-term health effects of cheese has been quietly ongoing for centuries. The French population is home to one of the highest levels of cheese consumption in the world, and has been for hundreds of years – yet obesity and other correlated health issues remain relatively low.

In fact, despite the average French individual’s consumption of cheese numbering near 24kg, life expectancy (82 years) remains almost a decade higher than the global average. So although few lab coats were involved in this ongoing test, the proof is in the French Onion Quiche with Gruyere, if you will: cheese makes you live longer.

With all that in mind, we’re sure you don’t need any further persuasion to tuck into the next cheese platter that crosses your path. If nothing else, you’ll be happier for it.