What’s your favourite type of coffee? 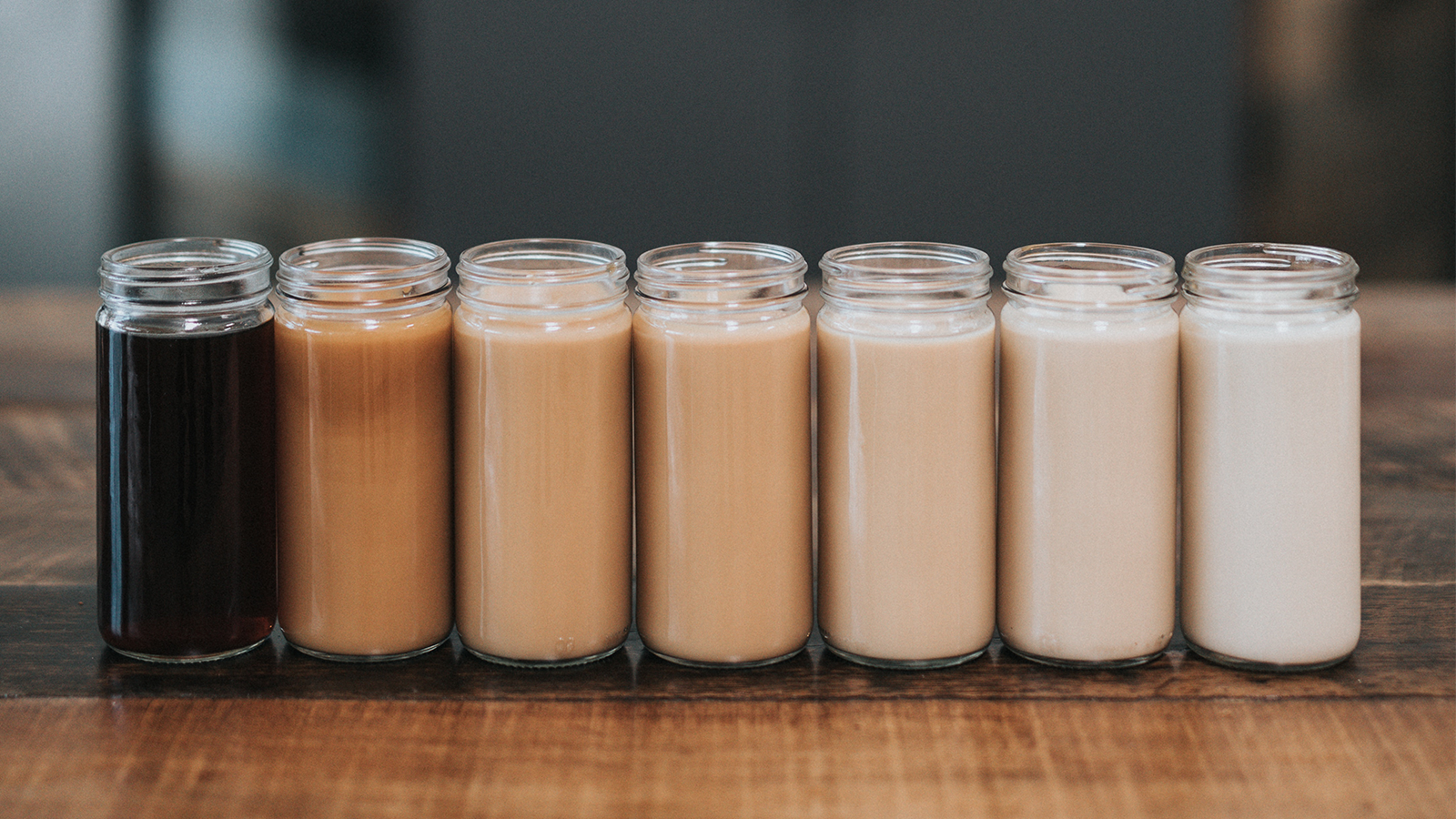 What’s your favourite type of coffee?

With so many coffee types available at your local café it can be hard to find your perfect order, but our handy guide is here to help.

Do you know the difference between a piccolo and a latte? Maybe you’ve heard someone else order a macchiato but you never quite understood what that coffee type actually was.

Ahead we’ll go through the different types of coffee orders to help you understand which is right for your tastebuds. 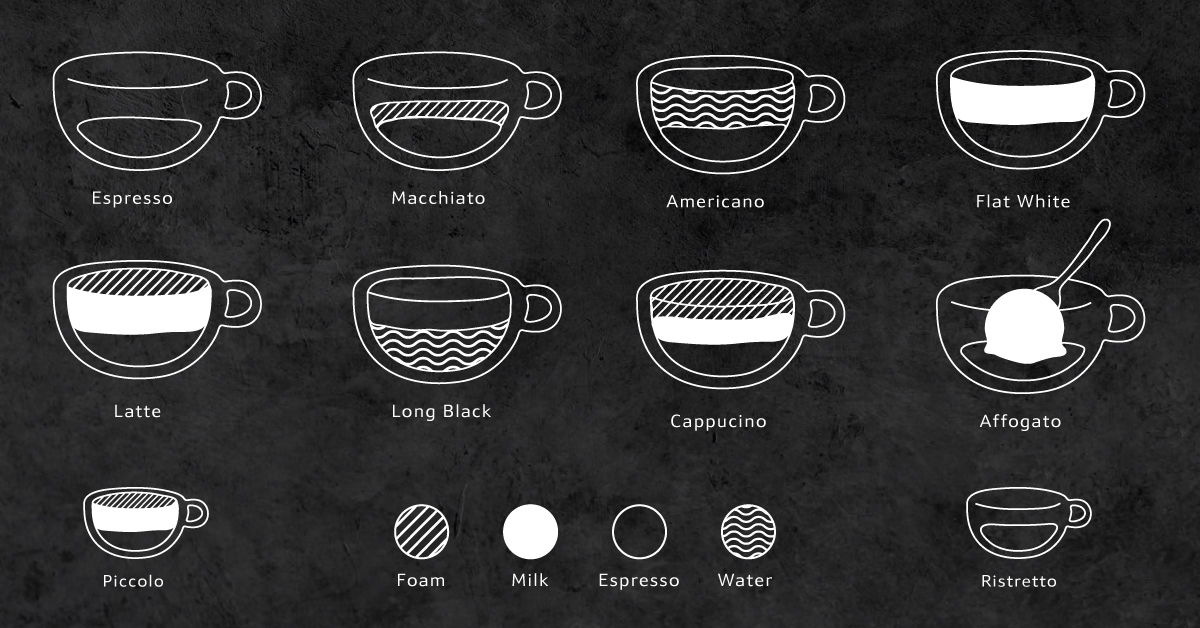 What is an espresso?

While espresso tends to be the catch-all term for coffee these days, if you’re going to order this black brew it is best to know what you’re in for. An espresso (also known as a short black) is a single 30ml shot of coffee, served piping hot (60 degrees) and without any milk.

What is a ristretto?

The translation of this Italian word means to restrict, which is basically what you’re doing with this black coffee order. A ristretto is made by pulling a smaller quantity of liquid through the same amount of coffee beans to give you between 15 -25mls of liquid instead of a standard shot. Due to the incredibly small amount of coffee you get with this order, some coffee shops will only offer a double shot ristretto.

What is a long black?

Similar to the espresso, a long black is perfect for people who like their coffee black. A long black is a single 30ml shot of coffee that is poured over 120-160mls of hot (not boiling) water. By pouring the coffee over the water you’re able to keep the crema intact, which makes for a richer flavour as well as a slightly cooler temperature.

What is an Americano?

Much like a long black, an Americano is made by combining your single coffee shot with hot water. However, with an Americano the coffee shot is poured first to intentionally disturb the crema when the hot water is added. By mixing it this way you have a milder flavour, but can still enjoy the integrity and perfume of your bean blend.

What is a flat white?

One of the most popular coffee orders in Australia has a lot of people perplexed. A flat white is made with a single shot of espresso with steamed milk, and is usually served in a 250ml porcelain cup. A key element of a flat white is that none of the milk froth is added, keeping the milk ‘flat’.

What is a latte?

While a latte is very similar to a flat white, there are a couple of key differences. Generally served in a glass, a latte has a higher milk to coffee ratio than a flat white with a small amount of milk foam added to the top. Lattes are very common in Australia but not in the rest of the world – order a latte in Italy and you’ll just get a cup of milk.

What is a piccolo?

Piccolos are a popular drink among baristas who find it difficult to drink multiple full-sized coffees in a day. Also known as a baby latte, a piccolo is a single shot ristretto (approximately 15ml) served with warm milk in a 100ml glass.

What is a cappuccino?

This popular brew combines a single shot of espresso, with equal parts warm steamed milk and milk foam. It is generally served in a porcelain cup with a dusting of chocolate powder on top.

What is a macchiato?

The macchiato is perfect for people who want to go easy on milk but don’t quite want a black coffee. It is a single 30ml shot of espresso served with a dash of warm milk foam.

What is an affogato?

Not all coffee orders are going to be part of your morning routine. An affogato adds an element of dessert to your caffeine fix. It is a scoop of vanilla ice-cream with a single 30ml shot of espresso poured over the top.

If you’re wanting to explore these types of coffee, they can be made using your NEFF coffee machine. Alternatively, you can head out and explore some of your local coffee shops to experience the different types of coffee when made by a barista.