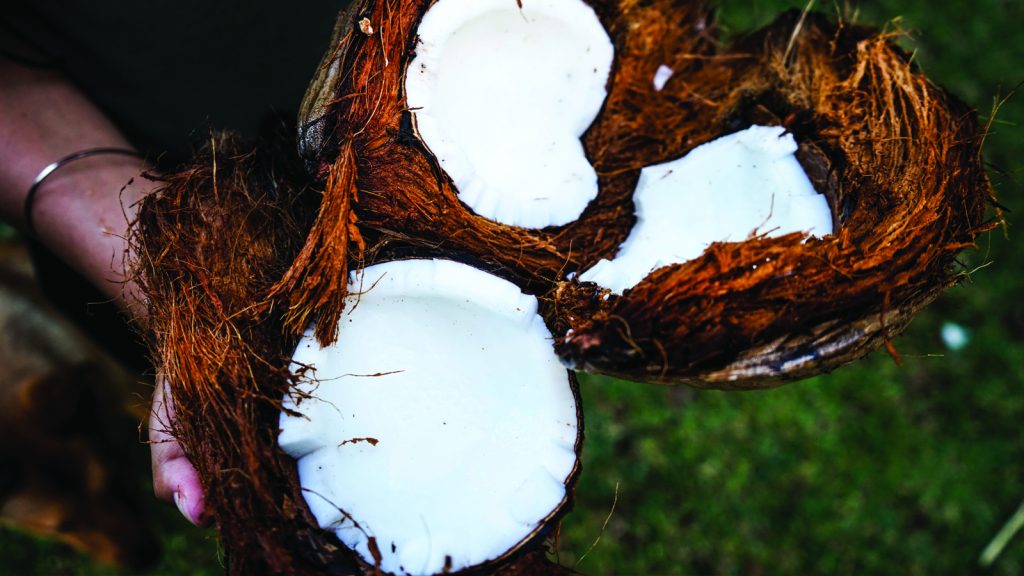 Don’t be afraid of purchasing your coconut just as nature intended it – whole. We’ll help you crack this tricky nut.

While it can be helpful to know that you can buy your coconut in practically any form you could possibly need it, buying a whole coconut from the supermarket can help you make the most of the fruit. But first, you need to learn how to safely open coconuts so you’re not risking your fingers trying to get to the delicious flesh.

What’s the difference between hairy coconuts and ‘drinking’ coconuts?

When you head to the supermarket, you’re likely to come across two types of coconuts: the hairy brown coconut as seen in cartoons, and a lighter, greenish one. Rather than being different varieties, they’re simply the same type of coconut at different stages of the life cycle.

The green/lighter coconut is younger – which is why they’re often called a young or new coconut – and is labelled for drinking because it contains higher levels of coconut water. This is the best type of coconut to get if you want more water, such as when making cocktails. The gooey, gelatinous meat can be scooped out and thrown in a blender to create coconut milk if that’s what you need.

Older coconuts are by no means worse than their younger counterparts. In fact, they simply offer different ratios of coconut water to meat. When you open a hairy brown coconut, you’ll get a reduced amount of water and will find that the meat is thick, fibrous and full of that great coconut flavour.

With that in mind, before you buy your coconut, make sure you know what you want to do with it. But don’t worry too much: if you’re wanting the coconut water from inside you can still buy a mature coconut, provided there is still water inside. So how can you tell? When selecting your coconut, pick it up and give it a shake. You should be able to hear liquid sloshing around inside. The less sloshing you hear, the higher meat to water ratio you’ll find when you crack it open.

Whether you’re wanting to drink the water straight from the coconut like you’re on a tropical island, or get cooking with the flesh of a mature coconut, you need to know how to safely open coconuts before you can get started. 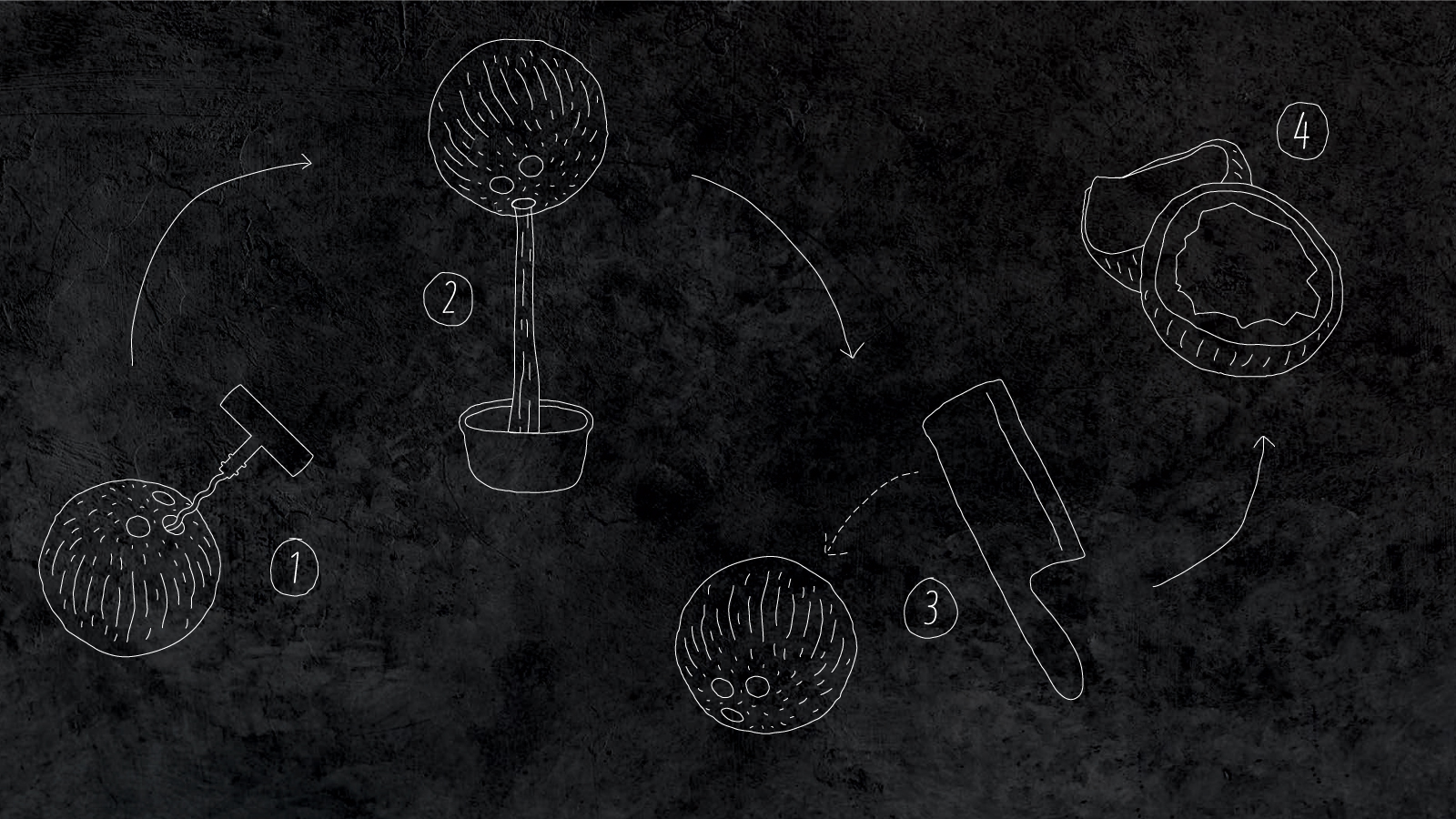 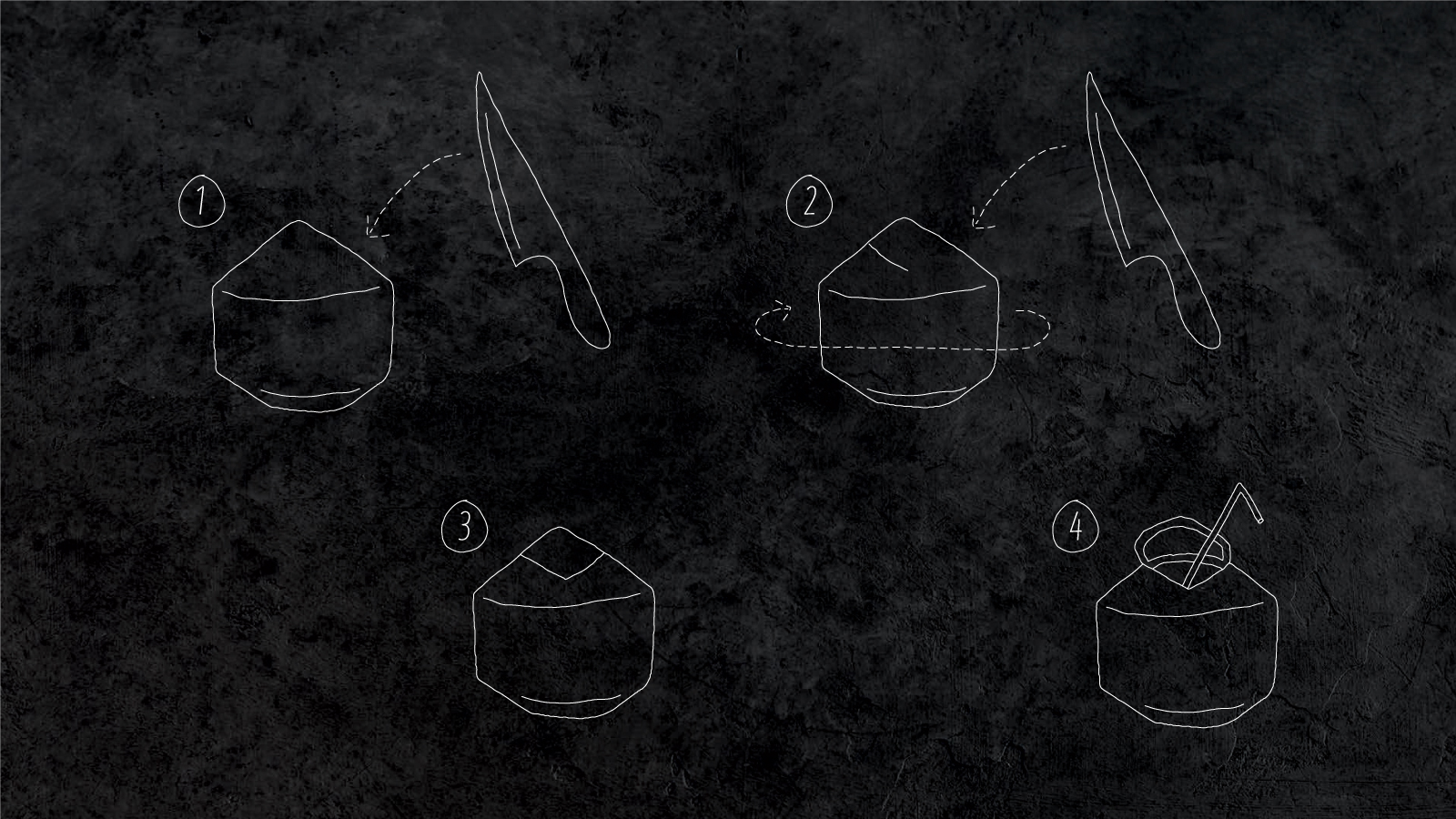 Young coconuts, particularly those that have been peeled to the white shell before sale, can be a bit trickier to open. You can buy a coconut opening tool or even use an electric drill to puncture a whole big enough for a straw to get the liquid out. However, if you want to get at the gelatinous meat inside this is the best method: