Marmalade: The best way to make it and the many ways to use it 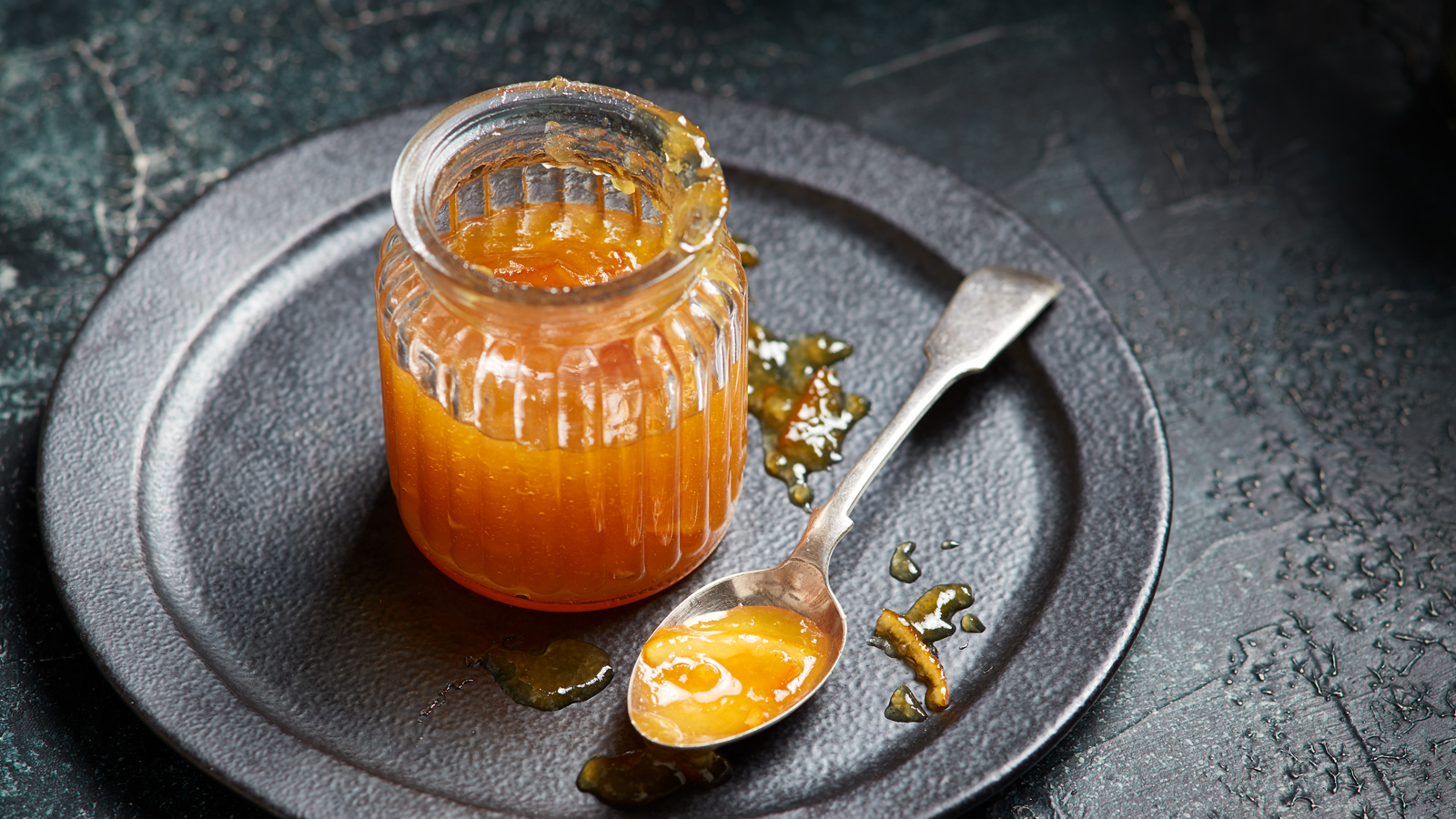 Marmalade: The best way to make it and the many ways to use it

Make the most of seasonal oranges and learn how to make this delicious condiment at home.

There’s nothing better than picking up a jar of homemade marmalade from a market stall. But with oranges in season, why not make a batch of your own!

The great thing about marmalade is that it’s made using citrus which is high in pectin – a sugar found in the walls of plants that can be using as a gelling agent – meaning there’s no need to add additional gelling agents as you would for other fruit jams like raspberry or strawberry.

Tips for making a great marmalade:

Good oranges is a great start to making a great marmalade so make sure you buy fresh ripe oranges that are free from blemishes. Because you’re using the skins, organic or chemical free oranges are best, but if not, be sure to give your oranges a good wash before use.

The texture of your marmalade is just as important as the flavour so put your knife skills to good use and slice your oranges finely rather than dicing. Make sure your knife is sharp, so you keep the skins intact.

The process of cooking your orange peel is what releases the pectin allowing your marmalade to set. So make sure you cook your oranges thoroughly for around 4 hours before adding sugar.

How to make marmalade:

Marmalade is made from the juice and peel of citrus fruits boiled with sugar and water. For this recipe, use 4 oranges, 2 Litres of water and 1kg caster sugar.

Halve oranges and squeeze the juice into a large pan. Place the pips and pulp into a muslin cloth or bag, squeezing as much juice out as possible.

Slice the remaining orange peel and pith finely using a sharp knife. Add to the pan along with the muslin bag and cover with water. Leave overnight.

Bring your pan to the boil then simmer on medium heat for 2-3 hours until the peel becomes soft and translucent. If the water level drops below the fruit, top it up with water so that the fruit stays well covered.

Lower the heat and add the sugar. Once the sugar is completely dissolved then bring to the boil, skimming off any white froth that rises to the surface.

When the marmalade reaches 105C, turn the heat off and leave for 10 minutes. Once cooled, ladle into your sterilised jars, leaving 0.5cm gap at the top. Screw the lid on tightly and leave until completely cold.

How to use marmalade:

We all know marmalade is great as a spread on toast, but it’s also great as a glaze for meats, paired with cheese on a toasted sandwich or platter, in a salad dressing or on desserts. Here are a few of our favourite ways to use marmalade:

Marmalade is a fantastic ingredient to use in dressings due to it’s slightly tart yet sweet flavour. It’s great for salads that feature poultry like duck or chicken. For a simple marmalade vinaigrette, combine 2 tbsp marmalade with 1 tbsp white wine vinegar, 1 tbsp olive oil, 1 tsp Dijon mustard together with salt, pepper. For an asian flavour, use rice vinegar, sesame oil and fish sauce along with some fresh grated ginger!

Marmalade is a quick and easy way to add flavour to white meat. Whether you’re cooking grilled chicken breast or pork, a simple marmalade glaze is all you need to dress it up. For a simple marmalade glaze, whisk together 1 cup chicken stock, 1/4 cup marmalade, 2 tsp balsamic vinegar and 1 tsp brown sugar. Then reduce in a frypan on medium heat for about 5 mins before serving.

Marmalade is also delicious as a glaze on ham or roast chicken. Just bring a cup of marmalade and 3 tsp muscovado sugar to the boil and set aside to cool. Then brush the glaze over your ham or chicken half way through the cooking process. Finish in the oven until caramelised and crispy.

Marmalade is delicious as a spread on some fresh toasted sourdough but is also a great addition to toasted sandwiches. Our favourite are the classic ham and cheese toastie with marmalade spread.

If you have a sweet tooth, marmalade makes a great spread over creamy desserts like pudding or panna cotta, or spread over fluffy pancakes or waffles with whipped cream!